Disconnnected… Ehlers-Danlos syndrome: Some symptoms point to a need for greater awareness among dental professionals 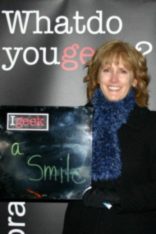 Picture a jet black computer screen with a sweeping band of lime green moving in a continuous circular motion. This thin, ever-moving band of color is queued to pick up the slightest discrepancy or motion in a particular spatial area. If something is detected, the object visually appears on the blackened screen or an audio beeping sound will alert you of its presence. If the situation has the potential for great danger, i.e., collision, it would most likely bring the observer to full alert. If this sweeping band of color detects a small bird in flight, a less heightened reaction may occur. The challenge is that we don’t always know the significance of an alert until we’re on the backside of its effect.

What if we compared this radar screen to that of the human brain? What if that sweeping band of movement were cranial synapses looking for critical activity, significant changes, knowledge, or dangerous situations. Personally, I would love to receive radar alerts of incoming knowledge classified according to relevant importance. I also want to retain every piece of critical data that flies across my cranial radar screen. However, what is disheartening to me is the complete absence of certain knowledge, when information doesn’t even make it onto my screen of cognizance; when critical information flies “under the radar.

According to Urban Dictionary, under the radar means, “When someone is in a situation where very little or no attention is drawn to them.”

It’s interesting to note that, in aeronautical terms, flying under the radar is actually possible.1 Certain small jets with the ability to fly low to the ground can avoid being picked up by radar. Large mountains and other landforms can also block radar transmissions. What about the human radar screen of knowledge? Any guesses as to what could interfere with our ability to become aware of knowledge and/or retain such information? In today’s world, we could exist in a vacuum where information comes flying at us via Internet and social media at megaspeeds. This is where our daily lives and routines have exploded and could even jeopardize our ability to tune in to our knowledge radar screen.

Well, if I still have your attention and you haven’t aborted your interest, allow me to place Ehlers-Danlos syndrome before you.

Ehlers-Danlos syndrome (EDS) was not only “under my knowledge radar,” it wasn’t even on my screen of awareness. What launched this syndrome into my awareness was a community tragedy where a man of great honor died very unexpectedly due to undiagnosed EDS. To say I was deeply saddened and shocked by his passing is an understatement. But this is not about me; it’s about sharing what I’ve learned with the hope that others can be blessed.

Other articles by Stein