Canadian Ehlers-Danlos Doctor moves to the US

There are few doctors in Canada treating children with Ehlers-Danlos Syndrome.  Unfortunately there is now one less! 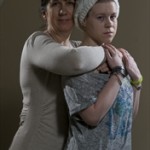 “A Hamilton neurologist who was one of the only doctors in Canada to treat children with Ehlers-Danlos syndrome has gone to the United States.

Dr. Benedicto (Ben) Baronia’s last shift was Sept. 15 at McMaster Children’s Hospital, where he was one of three pediatric neurosurgeons. He is leaving pediatrics altogether to go to Texas Tech University Health Sciences Center to treat adults.

“I have mixed feelings,” Baronia said. “As soon as the letters went out, I had patients come to the office on the same day. That’s the most difficult part for me.”

One of the main reasons he’s leaving is because his wife, who is a foreign-trained doctor with no ability to practice in Canada, was also offered a job doing medical research in Texas. Baronia is from the Philippines and earned his medical degree in 1984 from the University of the East Ramon Magsaysay Memorial Medical Centre in Manila. He trained in pediatric neurosurgery in both the U.S. and Canada.

“He’s been providing a great service to the families of the region,” said Dr. Peter Fitzgerald, president of the children’s hospital, who’s recruiting a new pediatric neurosurgeon. “You’re always a bit surprised when people decide to move to another centre. It’s unfortunate.”

It’s a major loss for patients with the rare and debilitating inherited disorder EDS which loosens joints, weakens blood vessels and causes bruising. By chance, Baronia became one of the only doctors to treat it in Canada when he agreed to take on a child with the syndrome who couldn’t find a neurologist.

“It was one patient after another,” he said. “It’s very controversial even among specialists. If there is not enough literature, the evidence isn’t going to be definitive.”

The lack of research means most doctors won’t treat the syndrome which has no cure. It’s caused by a variety of gene mutations that create problems with the material providing strength and structure to skin, bone, blood vessels and internal organs called collagen. The abnormal collagen leads to symptoms as severe as ruptured internal organs, abnormal heart valves and joints popping out of place.

“I’m upset he’s leaving because he’s been a pillar of hope for these families,” said Sandy Smeenk, executive director of the Oakville-based ILC Foundation, which advocates for children and young adults living with chronic pain. “Without him there, I don’t know anyone else who will do it.”

Baronia will be at the ILC’s international scientific workshop on Oct. 4-5 in Oakville to discuss how to create guidelines to treat people with complex chronic pain disease like EDS.

“It’s very frustrating,” said Kim Crichton whose 24-year-old daughter Brittany has the disorder. “We’ve had such a horrible experience here.”

The Crichtons have had to remortgage their Hamilton home to pay $150,000 for two surgeries in the U.S. that have allowed Brittany to walk again, decreased her pain and other debilitating symptoms. She has gone back to Mohawk College for medical business administration.

“It’s a huge difference,” said Brittany. “I have quality of life again.”

Good news for the Texas Tech University Health Sciences Center … but not for Canada!