Heather represents EDS patients at the Nationwide Children’s Hospital Marathon in Columbus, Ohio on October 20, 2013.   Our Columbus EDS Support Group will join Heather to promote EDS Awareness to the public! Each mile marker features a Children’s Champion, each with a different health condition.  She will be at mile marker 24.   Here is her story: 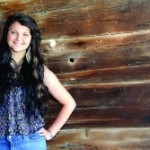 Heather Lynch, 17, hopes for a cure to the conditions from which she suffers, including Ehlers-Danlos Syndrome (EDS), Postural Orthostatic Tachycardia Syndrome (POTS), juvenile rheumatoid arthritis, and Fibromyalgia. She is asking donations be made in her honor to Nationwide Children’s Hospital.”

Heather is promoting Ehlers-Danlos Syndrome (EDS) awareness and the race for the cure of this often devastating disability.
Click here for the original source of this article
We appreciate your Comments and Likes