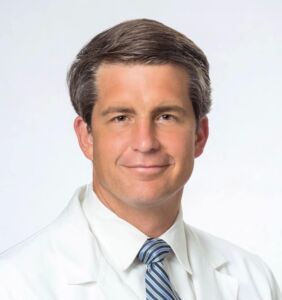 Join us for a FREE online learning session!

Title: hEDS and the Gastrointestinal Tract

About our speaker Dr. Eli Penn

Dr. Eli Penn is an Interventional gastroenterologist at Atrium-Navicent Health System in Macon Georgia and an Associate Professor of Medicine at Mercer University School of Medicine.

He spent the first 10 years of his career pursuing a mastery of new technology in his field, but having been in solo practice he recalls many patients whose symptoms he could not explain.

Disruptive ideas and a passion for helping patients with “invisible” diseases had already been hallmarks of Dr. Penn’s practice. About two years ago he began performing gPOEM (or POP) endoscopy pyloromyotomy, which can help patients with gastroparesis.

While searching for patients who he thought could benefit it dawned on him that most patients were young women who shared a variety of seemingly unrelated symptoms outside of the GI tract and many had been labeled with other “diagnoses” that tend to invoke skepticism and consternation among physicians, like fibromyalgia, IBS, and interstitial cystitis. At some point he realized that virtually every one of these patients met Villefranche criteria for hypermobile Ehlers-Danlos Syndrome. And there weren’t just a few of them.

Dr. Penn realized that his clinic was “full” of hEDS patients (up to 20% of referrals) and soon suspected that hEDS was in fact much more common than he had been taught, and that patients were being misdiagnosed with more nebulous conditions that are often considered “psychosomatic.” He wondered if others had made similar observations and was stunned to find the that reputable institutions Ihad been reporting this for nearly 10 years! He quickly found the world of disenfranchised hEDS patients gathered in cyberspace and his career took on a new purpose.

Dr. Penn now reads constantly about the condition and has learned a great deal about hEDS from his patients. He has become a passionate advocate and spends much of his time trying to enlighten other physicians and healthcare providers while caring for hospitalized hEDS patients, in his clinic and during student lectures. Shocked by a general resistance among his peers, he has recently taken to social media to try to spread the word.

A recent highlight for Dr. Penn was a trip to the Norris Lab in Charleston where the first hEDS gene has been mapped and an objective test is being developed. In caring for his hEDS patients he has learned several ways that he can help patients reduce symptoms, and furthermore he has reason to believe that this uniquely common form of EDS will soon be treatable. Now that objective testing will be available it is only a matter of time before doctors everywhere will have to grapple with the large number of misdiagnosed, and often shunned, hEDS patients.

Dr. Penn joins us today to discuss his experience with hEDS in the GI clinic and what he has learned about the basis for some of the seemingly disparate symptoms. He will also talk about the treatments that have helped his patients, and why he believes that education of all physicians, students and midlevel providers is paramount to bringing about a more rapid paradigm shift than we have seen with other revelations in recent medical history,