My Wife Had EDS and Did Not Know IT! 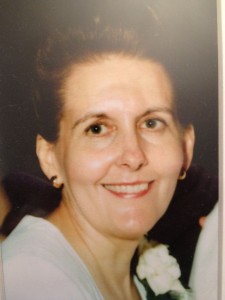 We were married for 41 years.  You’d think that after all of that time you would know everything there was to know about a person.

–          I knew Carol was a loving person who would do anything she could for the kids and the family.

The symptoms started shortly after we were married in 1967.  Carol was a very energetic lady who had just graduated with honors and a master degree in guidance and counseling and she was anxious to start this new career. She also was somewhat a “perfectionist” who wanted to keep the house clean and organized, but started to develop some pain as a result of this. I remember attending Lamaze classes in 1969, when she was pregnant with our first daughter. The instructor commented at how “flexible” Carol seemed to be during the exercises. Our first daughter, Deborah, was born 4 weeks premature and the second daughter Deanna was 7 weeks premature. We joked that – if she got pregnant again – we would have to carry around a basket to be ready for the next one.

Carol’s joint pain became more severe in the 1980s. She was the first director of a new “Crisis Hotline” in the Cleveland, Ohio area and she was working unusually long hours.  With all of these mental and physical stresses she was going to a chiropractor monthly and then weekly.  She was getting massages on a regular basis. Initially, her neck, back and shoulders were the major issues. Then she developed chronic problems with her hips, knees and feet. The doctors did not understand the cause of her pain and they could only recommend pain medications, topical creams or muscle relaxers.  It did not seem to help. She was diagnosed with Thoracic Outlet Syndrome, TMJ and maybe Fibromyalgia … but they were not sure.

She could only sustain working for a few more years with flexible hours, then it became too much for her physically.

She described her constant pain as “achy or throbbing”.  She had frequent episodes of radiating pain, stabbing, ‘pinched nerves’ and numbness. She would say things like “I will hurt myself if I reach or stretch for that item, or if I bend that way or if I twist my body.”

She would describe affected parts of her body as: shifted, twisted, crooked or her favorite word “dis-combobulated” (meaning everything is zig-zag and out-of-whack).

We had never heard of joint hypermobility or Ehlers-Danlos Syndrome (EDS).  We did not know that her symptom descriptions were suggestive of unstable, loose joints.

Soon, I discovered that I was taking over the household tasks of cleaning, doing the dishes and the laundry.  Some family members commented that Carol “looked perfectly fine” – so she must be lazy and just taking advantage of my help. I knew there was a problem with her pain, but I did not know what it was or what else I could do to help.

In addition, Carol had severe environmental allergies, IBS symptoms and an extremely “sensitive” stomach. She avoided certain foods, spices, and oral medications due to this.  Her allergies often put restrictions on where we went out for dinner or social activities and where we purchased certain items – always avoiding chemical odors, dust, mustiness, pets and cigarette smoke, etc.

Carol had very flat feet and was prescribed orthotics. Her feet were always hurting and finding comfortable shoes was challenging.  She had very sensitive hearing and was a very light sleeper. Even low volume noises or voices in the next  room would wake her.  Pain and disturbed sleep meant she always woke up exhausted!

Carol had a lot of extra pain if she tried to carry something that was awkward or too heavy (ie. weighing more than 2-5 lbs., depending on her pain level that day.)… By age 8-10, my daughters could carry heavier items than Carol could, so the kids and I did a lot of the fetching, carrying and cleaning for her. I made most of the meals and got the kids off to school.

As a result of her sleep problems and pain, she was often in bed until the kids got off the schoolbus. The girls would run upstairs to the bedroom, eager to spend some quality time with mom – as she was getting out of bed in the middle of the day. Moments like these with her girls gave her some comfort and support. The girls remember these as a special times, but they sometimes felt embarrassed – they could not tell anyone that their mother was in bed all day.

Carol’s muscles were always tight, and she often described her pain as if “one part of her body was pulling at another”.  (For example, my shoulder is pulling on my neck.) The only exercise she could tolerate was very slow walking – that is, if her hips were having a good day. She enjoyed walking together, slowly, at sunset, in the park. She had pain driving a car and searched extensively to find the most comfortable car – so that she could remain independent. It was very stressful for her to be a passenger in a car; she would try to brace herself for the starts/stops, bumps, and turns.  If I was driving, she would request alternate routes for straighter roads. Even gradual curves on the highway caused additional neck, shoulder & back pain. We would sometimes go 3 or 4 miles out of our way to find a smooth, straight road for her to travel on.

We never knew these were telltale symptoms of joint hypermobility.

She was always very discouraged that the doctors did not believe her symptoms because their tests came back as “normal”. Eventually, she stopped telling them about her pain.  She was told there was no treatment or even a REASON for her pain…. Doctors told her she was overly-sensitive, exaggerating, or “Oh! it’s just all in your head…”

It really bothered her that her medical records said all those bad things about her “mental state”.  She tried at times, in vain, to get the records changed. She knew that when she was depressed, it was due to fatigue, lack of sleep and pain. Not because she was making up things to be sad about.

We continued to play out this very difficult lifestyle for decades –  until Carol was diagnosed with breast cancer in 2002. The continuing pains, surgeries and chemotherapy took their toll on her and she had a major struggle with clinical depression for a long period of time.  After that she was on so many medications that they masked many of the original symptoms.

Carol passed away in 2008 of breast cancer… the same year my daughter, Deanna, was diagnosed with EDS. In her early 20s, Deanna developed many of the same symptoms and pain as her mom had. They often talked about the similarities and offered each other comfort and understanding. Looking back, Deanna recognizes that her back & joint pain during her child and teen years, wasn’t normal.

Deanna heard about EDS through an EDS patient who worked at a local cancer support center… NOT from a doctor. This EDSer took the time to notice Deanna’s wrist braces and ask her about them. Then she told her about EDS.

This encounter was 10+ years too late!  More than 10 years prior to this, Deanna was diagnosed with instability in both wrists by an orthopedic specialist at a well-known hospital.  The doctor gave no explanation about hypermobility.  He did not explore whether she might have a similar condition in any other joints (despite the pain.) The treatment was pain medication and one visit with the occupational therapist for “strengthening” exercises – which made her pain worse. Deanna’s joint pain and other EDS symptoms continued to escalate rapidly during the 10 years between her potential diagnosis and her actual EDS diagnosis…

If only SOMEONE had told Carol about EDS... it would have saved both mother and daughter much suffering, loneliness and judgment.  I don’t have room in this article for all the details about how undiagnosed EDS harmed my wife & daughter’s lives.  Just believe me when I say emphatically – had they known about EDS, their lives would have been dramatically different!

Tell someone about EDS everyday – I do!  YOU could improve a life, or even save one!

Each year, only 5% of EDS sufferers are diagnosed with one of the 6 major forms of Ehlers-Danlos Syndrome.  It is estimated that EDS affects more than 1 in 5000 people worldwide, not to mention over 650,000 sufferers per year, in the United States, who go undiagnosed due to physician oversight or lack of knowledge about the condition. Many afflicted with EDS – and the people who care for them – don’t know where to turn for information, advice and help with the issues surrounding EDS such as treatments, therapies, practitioners and products to assist in managing the symptoms. The majority of those who are undiagnosed do not know this disorder exists and are left on their own, struggling to find a reason and a name for the pain and suffering they are experiencing.

Ehlers-Danlos Syndrome (EDS) is a genetic defect in collagen protein (the “glue” that supports and holds the body together). EDS causes chronic pain,  joint hypermobility (“double-jointedness” and fragile joints) and affects multiple other body systems. There is no “fix”- no medicine or surgery – that resolves this condition. However, it is important for the condition to be diagnosed and managed, so that symptoms can be controlled and appropriate preventive measures can be taken.

Many of those suffering from EDS are never diagnosed during their lifetimes.  They suffer in pain for many years and die – still not knowing why they had the pain.

Only 5% of EDS patients are correctly diagnosed. More than 650,000 Americans/year remain undiagnosed and have never heard of Ehlers-Danlos Syndrome. It is the intent of www.EDSawareness.com to locate these sufferers and help answer their questions, such as:

–          Once diagnosed with EDS, what kind of support is available and where is it found?

www.EDSawareness.com is a new resource for the Ehlers-Danlos Syndrome community. Our vision is:

– To help EDSers locate valuable information, continue to learn, and create resources to share with their EDS peers

– To promote EDS awareness on a local and national level

Tell someone about EDS today and everyday!