By Mike Pyle  for Your Local Guardian.co.uk

British soap opera “Coronation Street” casts Cherylee Houston to play the character Izzy Armstrong, who has Ehlers-Danlos Syndrome. The show consults with Michelle, an EDS parent, to ensure an accurate portrayal of the disorder. 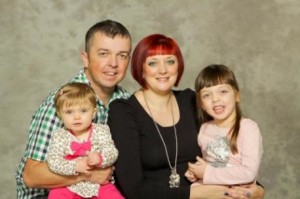 A mum who suffers from a rare illness has been helping make sure the bosses of her favourite soap get their facts right.

Sutton woman Michelle Bates, along with her mum, grandmother and at least one of her daughters, suffer from Ehlers Danlos syndrome (EDS) – an illness which affects the connective tissues in the body.

Sufferers have extremely hyper mobile joints which are prone to dislocations and sprains. They can also have fragile skin, heart problems, issues with pregnancy and many other complications.

EDS is an inherited disorder and is estimated to affect around one in every 5,000 births to varying degrees. But the illness has been given unexpected attention after ITV soap Coronation Street cast sufferer Cherylee Houston to play character Izzy Armstrong in the show.

Not only is the star the first disabled actress to have been employed by the soap, her character also suffers from her illness in the show.

As Izzy faces up to the prospect of becoming a mum, producers want to make sure they give an accurate portrayal of the issues a parent suffering from EDS can suffer so they got in touch with Mrs Bates.

The 35-year-old from Stanmore Gardens said: “I was at the [EDS UK] annual conference I got in contact with one of the members who was talking to me about being a disabled parent and this got passed on to Corrie – then last week they got in touch.

“I recommended a few things, things like the right wheelchair-adapted cot to use, and they are using all my recommendation which is really exciting.

“There can be a lot of problems with getting pregnant  and the story is about how they have used Izzy’s eggs and her partners sperm in a surrogate mother to have a child and now they are preparing for a baby.

“I watch Coronation Street anyway so it’s nice to be involved.”

Mrs Bates was diagnosed with the illness when she was 18. At the same time doctors realised her mum suffered from it as well and they looked at pictures of her grandmother to establish she was likely to have suffered too. Mrs Bates and her husband Eamonn have two daughters, one of which, Riley, 5, has been diagnosed with EDS while Keera, just 16-months-old is showing symptoms.”

Michelle has done her part to ensure that EDS is portrayed accurately in the media. A big step towards more awareness!