This UK teen is destined to participate in the World Paralympic Games in 2016. 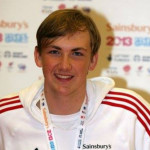 “TALENTED teenager Piers Gilliver fears his hopes of competing at the Paralympic Games in 2016 will be dashed unless he secures the funding he needs to keep his training on track.

Piers, 19, from Drybrook, is currently the 10th-best wheelchair fencer in the world and wants to represent Great Britain on the global stage in Rio de Janeiro.

He said it is “hugely important” that he finds new sponsors after UK Sport, which invests in Olympic and Palalympic Sports, cut his funding.

Piers said: “I can’t afford to train let alone go to an international competition – I really can’t go without it.

“It is that kind of sport where you get a lot of older fencers as it so skill-based, but I need to keep my training going as it improves me so much.”

Despite Piers suffering from Ehlers-Danlos syndrome, which results in loose joints and fragile body tissues, he entered the sport in 2007 and has enjoyed great success since then.

At the British Disabled Fencing Association’s 2013 National Championships, Piers became the Men’s category A double national champion winning gold medals in both epee and sabre, and he also taking the silver medal in the men’s cat A foil.

Piers has been in the Great Britain squad and competing internationally for just over a year.

He is now the current men’s cat A epee unders-23s world champion, a title he took at only 18 years old.

He has also won two bronze medals in the senior World Cup series competing against the world’s top fencers.

He said: “It has just gone so quickly and I have improved so much in such a short time. I have only been competing internationally for just over a year and already I am ranked number 10 in the world.

“It is such a mental sport as you have to think so much and it is also so fast and exciting and people don’t always realise.”

Whitemead Forest Park offers sporting facilities and, crucially for Piers, wheelchair access. The centre has a heated indoor swimming pool as well as a sauna, Jacuzzis, and a state of the art fitness centre which Piers is using free of charge.

But he still needs to meet the costs of travelling to train in Somerset and Milton Keynes, where team Great Britain is based.

Grace Cullen, a spokesperson for UK Sport spokesperson said it is investing £355million into Britain’s Olympic and Paralympic sports and says they aim to get the “right resources to the right athletes” over an eight year investment cycle.

She said: “Our investment principles are reviewed every four years to align with targets agreed in consultation with the Government and are consistently applied to individual and team sports.”

“The door is always open to all Olympic and Paralympic sports to come back into the system through our annual review process if they can demonstrate that they are reaching the necessary standard on the world stage.”

Piers could use your help with his trip to  in Rio de Janeiro for the World the Paralympic Games in 2016.