Life as a Medical Zebra with Ehlers-Danlos Syndrome

16 year old Sean wrote an article in his school newspaper about his experience with EDS. He did an excellent job describing the impact that EDS has on a teenager. 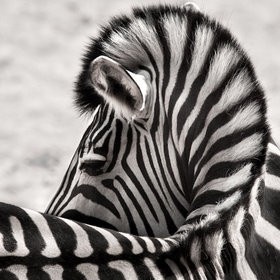 “My name is Sean Earley and I am a Zebra. No, I am not actually a human zebra. I have been living with Ehlers-Danlos Syndrome for four years. Odds are, you really don’t know much about Ehlers-Danlos. According to the Ehlers-Danlos National Foundation, EDS is a connective tissue disorder that affects the collagen in your body. Without healthy collagen, your body is not held together correctly. People with Ehlers-Danlos Syndrome have very loose joints, frequent dislocations and potentially debilitating pain. I always explain to people that living with EDS is like having a body as a rubber band, while at the easiest touch you can just snap and break.

For some people who have a chronic illness, it is often obvious that they are sick and struggling with a disease. People with Ehlers-Danlos Syndrome live in a inconspicuous bubble of agony and sickness. Ehlers-Danlos is a very hard disease to live with because it is not always as pronounced as other diseases are. With pain being the biggest symptom of the disease, it is not always obvious that the person is struggling and not feeling well. This is where the term ‘Zebra’ originated. EDS United reports that, “The Zebra has become a symbol of invisible conditions…When you hear hoofbeats, you expect a horse, not a Zebra.”

Being a Zebra takes a special amount of fortitude and courage. You learn dedication and commitment to never giving up on beating this disease. Every single day is a fight between you and your body but you have to be the victor everyday. You learn how to be independent and be more mature because you have to rise above more obstacles than most teens or adults. After months at a time of being affected by the symptoms of EDS, you learn how to do everyday activities while in pain. The things you once considered imperative, now seem less important. When you are unable to do simple activities such as going to school for five days a week, things like getting a new cell phone become less important. You learn how to stay positive in the most negative environments. You take pride in being a misfit and beating extraordinary odds. But most importantly you learn how to take true pride in being a Medical Zebra.

I was officially diagnosed with Ehlers-Danlos Syndrome type three when I was 15. However, I have been dealing with my symptoms since I was 13. It took five major surgeries and multiple dislocations to discover that something more was wrong with my body. With increasing pain in odd places and continuous problems with my knees, I was sent to a geneticist at Cincinnati Children’s where it was officially confirmed that I have Ehlers-Danlos type three. Ehlers-Danlos type three is the ‘hypermobility’ classification of EDS according to MedicineNet. “Any joint can be affected, and dislocations are frequent,” MedicineNet states.

When researching EDS, most resources will just give the professional definition of what the disease is and what it does. However, what it does not explain is how much of a dominant impact it takes on one’s life. When you are living with a chronic illness like EDS you are reminded of it every second of every day. Within the past three years I have had seven major surgeries on my legs. Ligaments and cartilage have been damaged in my knees over the years from EDS resulting in several in-depth surgeries to repair them.My first two surgeries forced me to leave my 8th grade year five months early and be home schooled to recover from them. The rest have put me out of school for weeks at a time while trying to recover.

My knees have been the most greatly impacted by Ehlers-Danlos. However, EDS affects me all over my body. I have subluxations (partial dislocation) and pain in my shoulders, jaw, hips, and other odd places like my ankles and wrists. In the morning I have to be careful in how I yawn because I have to make sure my jaw will not sublux. People with EDS are often put in multiple braces to stabilize their joints. I wear knee braces and an ankle brace to protect them from dislocating. Going out of the house without them is very dangerous to my knees and will cause more pain. Just like many people with EDS, I often have to use crutches to get around my house and a wheelchair to get around school, due to the pain and fatigue caused by EDS.

The pain resulted from Ehlers-Danlos Syndrome can be draining to patients. By the end of my day here at Oak Hills, my whole body is in pain. I have to have a day to recover at home, just from one day at school. Ehlers-Danlos Syndrome patients often have to come up with a plan on how to manage their pain. I work with a team of doctors at Cincinnati Children’s who specialize in pain management. I am involved in a new type of treatment called ‘BioFeedback Therapy’. According to the MayoClinic website, Biofeedback Therapy “is a technique you can use to learn to control your body’s functions such as your heart rate. With biofeedback, you’re connected to electrical sensors that help you receive information (Feedback) about your body ( bio). This feedback helps you focus on making subtle changes in your body.” So in normal terms, it is thinking your pain away.

With there being no cure to EDS and treatment which mostly involves physical therapy, you often have to find special treatment to manage this condition. The most important treatment is being active in physical therapy. Physical therapy becomes a major part of your routine when you live with Ehlers-Danlos, I have been going once or twice a week for almost four years. It takes a special lifestyle to live with EDS. With only going to school a couple times a week but visiting a hospital several times a week you learn to live with a perplexing and complicated routine.

This year is the fourth year of the sustained road of living with EDS. Living with Ehlers-Danlos takes a commitment to your body every day. It is a struggle that is not always the easiest to see, but it is the biggest felt. The people who can not always have the chance to speak, often have the most to say. That is why I wanted to explain my story about what it is like to live with a invisible chronic illness. To give a voice for the people who can’t always have a voice for themselves. These past four years have been the most complicated and uncertain time of my life. But I have learned life lessons throughout my experiences that most people do not receive at such a young age. With amazing support from my family, my physical therapist’s and my doctors. I continue to progress through the obstacles of EDS everyday, while taking pride in my stripes as a Zebra.”

Teenagers have a difficult time dealing with their school work and activities. Adding the challenge of Ehlers-Danlos Syndrome requires  extra fortitude and perseverance.