Is it Anxiety, Depression or POTS?

POTS (postural orthostatic tachycardia syndrome) is a collection of symptoms that may not be easily detected or diagnosed. 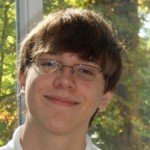 “John Point, of Chestnut Hill, was a typical kid who loved hanging out with his friends on the basketball court.

But in the Summer of 2009 he started to have flu-like symptoms: aches, fatigue, headaches.

“John was on the cusp of turning 13 and had really started to grow a bunch,” Janet Point, his mother said.

At first his parents and the doctors thought he had mononucleosis. But after a battery of tests, including CAT scans, an electrocardiogram (EKG) and allergy tests, and a heavy dose of antibiotics, the doctors could find nothing wrong with him.”

“Somewhere around the third or fourth test for mono, the doctor said, ‘Well maybe he’s just making this up,’” Janet said. “I thought, ‘I don’t think he has invented this.’”

“You just couldn’t get John out of bed in the morning using proper or improper motivational techniques,” said Steve Point, his father. “Yelling at him and dragging him out of bed didn’t work. But, he didn’t seem like he was so sick that he couldn’t get out of bed.”

Finally, desperate to find an answer, John’s Dad sent out emails to members of the Chestnut Hill Sports Club.

“There is a giant email address list that goes around and there are a number of physicians on the list,” Steve said. “So, I thought maybe someone can recommend a doctor at CHOP. (Children’s Hospital of Philadelphia), who specializes in weird diseases.”

Steve said someone recommended Dr. Mark Magnusson at CHOP, and he performed a “tilt-table test,” which is one of the techniques for detecting POTS (postural orthostatic tachycardia syndrome). During a tilt table test, a patient lies on a table that moves from a horizontal to a vertical position. Measurements of heart rate and blood pressure are taken while lying flat and then again at intervals while tilted upright. The optimal duration of tilt testing in patients suspected of having POTS is 40 minutes or until they faint, at which point the test is concluded.

It was February 2010 when Magnusson diagnosed John with POTS.

According to the National Institute of Neurological Disorders and Stroke, POTS is a condition in which an excessively reduced volume of blood returns to the heart after an individual stands up from a lying down position. The primary symptom is lightheadedness or fainting accompanied by a rapid increase in heartbeat of more than 30 beats a minute, or a heart rate that exceeds 120 beats a minute, within 10 minutes of rising.

The lightheadedness or fainting of POTS are relieved by lying down again. Anyone at any age can develop POTS, but the majority of individuals affected (between 75 and 80 percent) are women between the ages of 15 to 50 years of age. Women are five times more likely to develop POTS than men. In 2007, a study by the Mayo Clinic found that one out of every hundred teenagers has POTS.

Dr. William Bonney, Points’ cardiologist at CHOP. said POTS is a syndrome or a collection of symptoms.

“We can all remember a time when we were really sick and got up too quickly and got dizzy,” Bonney

said. “People with POTS feel that way all the time.”

He added that people with POTS can feel as if they’re always running a marathon.

“When people think about the autonomic nervous system they think of ‘fight or flight’ mode, but people forget that the other side of that is ‘rest and digest,’” Bonney said.

Bonney said there is no great diagnostic test for POTS.

Instead, Bonney said he prefers to take an extensive patient history and perform a series of clinical tests.

“POTS. is what I call a diagnosis of exclusion,” Bonney said. “It’s a conclusion you reach after you rule out more serious problems.

Bonney said he doesn’t want people to just start drinking more water and salt when there is a more serious problem such as cardiomyopathy, depression or Lyme disease.

Bonney advises patients to follow these recommendations that can help alleviate some of the symptoms of POTS: Drink lots of water and electrolytes, eat extra salt, exercise and reduce stress.

Bonney said when people stand up, two liters of blood flow to their legs. The human body gets that blood flowing back up to your head by contracting the blood vessels in your legs. When you move your legs, the body squeezes the blood out of your legs and sends it back to your head.

Bonney recommends that people with POTS do exercises that increase their cardiovascular endurance and increase muscle tone in the lower extremities. He added that the last recommendation is the most important and often the most difficult.

“As is true with any sort of chronic medical problem, stress is always a big part of it,” Bonney said.

Bonney pointed out that most kids do well over the summer, but when school starts their symptoms often get worse.

“One of my goal is to get patients to learn how to do all the normal things that people have to do – despite the fact that they feel this way,” Bonney said. “Just like people that have chronic arthritis in their knee have to adjust their activities while living with the pain.”

Unfortunately, many patients with POTS are told it’s all in their heads.

“You can have a very severe headache and not have anything wrong with your brain,” Bonney said.

“Just because the pain is not coming from an injury or is not bleeding doesn’t mean it doesn’t hurt.”

Most people report getting POTS after a pregnancy, major surgery, trauma or a viral illness. Point thinks he got POTS after having the swine flu.

John’s life has changed dramatically because of POTS. He used to go to school at Our Mother of Consolation and play center on the basketball team. A typical day after school consisted of going to the library or Borders bookstore then shooting some hoops at J.S. Jenks Elementary School. His mother said he was always very athletic and vibrant, and when he just stopped being active she knew something was really wrong.

While John wishes he could return to those days, he realizes worrying about it or trying to make it happen won’t be much help.

“I know I can’t walk around the block to a friend’s house because I would probably get exhausted on the way there,” John said.

But having POTS hasn’t made John bitter, angry or left feeling hopeless. In fact, he’s a bit philosophical about living with POTS.

“POTS hasn’t been completely bad for me,” John said. “Over the last year, I have been on a diet, and I lost weight. POTS has taught me the importance of taking care of myself.”

John needs to be active and exercise to build up his endurance as he manages his POTS symptoms.

2 thoughts on “Is it Anxiety, Depression or POTS?”