“Coronation Street” Star with Ehlers-Danlos Syndrome Back in the News

Cherylee has a key role in raising Ehlers-Danlos Syndrome (EDS) Awareness in the UK. She is the first disabled actress to have a permanent role on the “Coronation Street” TV series. 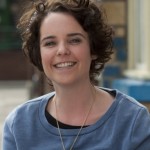 “A Coronation Street favourite has become an Honorary Patron of the Lancaster theatre where her acting career began.

And Cherylee started as she means to go on by visiting The Dukes recently to celebrate the success of the latest show by the Shattering Images theatre company of actors with learning needs.

Cherylee hopes to return to The Dukes soon to work with Shattering Images and be an ambassador for the theatre as a whole.

The Dukes is where she began her theatrical journey in the 1990s.

“I always wanted to be an actor and was desperate to be part of a theatre so as soon as I was old enough to get on a train by myself, I started coming to The Dukes,” said Cherylee, who lived in Morecambe at the time.

“The Dukes really leads the way and its youth groups are not only for people who may want an acting career but are also important in giving them confidence.”

Cherylee attended The Dukes youth theatre – then known as The Bottleshop – during her teenage years and one of her most memorable experiences was performing with them in Poland. She also took part in several of The Dukes outdoor walkabout shows in Williamson Park and during Treasure Island in 1991 she appeared in a boat rowed across the lake by Joe Sumsion, then an assistant stage manager and now Dukes Director.

Later, she worked with Joe and his wife Jilly at the young people’s touring theatre company, Action Transport, after starting her own Big House Theatre Company for disabled actors.

Cherylee, a former Morecambe High School pupil, has had Ehlers-Danlos syndrome Type 3, which affects the joints, since she was 11 and has been in a wheelchair for 15 years. She is the first disabled actor to have a permanent role in Coronation Street.”

This dedicated actress has made a big impact for Ehlers-Danlos Syndrome awareness by starring in this UK television program.

We appreciate your likes and Comments