Carrie is Honored for Ehlers-Danlos Caregiving

EDS caregiver, Carrie Brazier, has been nominated for an award recognizing positive role models – the “Young People of the Year” (YOPEY) award.  “She is very selfless and puts everybody else first. If she was not here I could not function,” says her proud EDS mom. 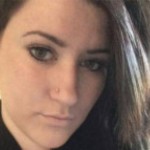 “A carer who has helped raise money for charities while studying, despite her own health problems, has been nominated for a competition that showcases the achievements of young people.

Carrie Brazier, of Clinton End, Hemel Hempstead, not only looks after her mum but also cares for other family members who, like herself, have been hit by a genetic condition that can strike at any time.

Now the 24-year-old has been put forward by her college tutors, who described her as ‘very inspirational’, for the Mitsubishi Electric Young People of the Year awards – often referred to as the YOPEY awards. 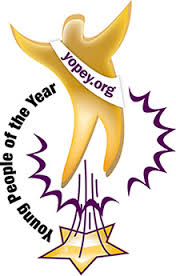 The competition – now in its 10th year – aims to reveal, recognise and reward positive role models who go the extra mile to help others.

There’s £2,000 to giveaway with a top prize of £800 split evenly between the winner and a good cause of their choice.

Carrie, who has dyslexia, has just finished her level two course in beauty and is planning to move on to the next stage of her studies.

Six years ago her mum Heidi was diagnosed with Ehlers Danlos Syndrome, a rare inherited condition for which there is no cure. It involves disorders of connective tissues in skin, tendons, ligaments, blood vessels, internal organs and bones so there is very little of the body that can escape the symptoms.

This affects every part of 42-year-old Heidi’s body in her daily life, particularly her mobility, and she also suffers sickness and pain and often has to go for hospital treatment.

Five years ago Carrie left her job in a jewellers to become a carer for her mother and later took up her full-time study course, which she works around her poorly mum’s needs.

Carrie helps with personal care, getting dress and does a range of household chores.

Sadly Carrie herself has the early symptoms of the condition including heart problems and curvature of the spine. Her siblings Jacob, 22, Chloe, 18, Hannah, 12, Megan 10 and Alex, nine are also showing symptoms and another sister Laura, 21 , is a carrier of the condition.

Carrie said: “Life is tough and tiring and I sometimes feel run down to the ground, but I love it because I know I’m looking after my family and making a difference to their lives.”

The condition can affect any one of the family at any time. “In my own case I can get up and feel fine but even just a minute of an hour later I can be ill,” said Carrie.

The illness means the family is on strict diets with no dairy or gluten, which makes planning and preparing meals difficult and time consuming.

Carrie said: “We are a strong, tightly-knit family. There’s nothing we can’t take on. We look at things with a sense of humour, knowing that it could be worse. You learn to take it in your stride.”

Proud mum Heidi said: “I call her my fairy because she magically tidies up rooms without being asked, but in truth she’s an angel.

“She is very selfless and puts everybody else first. If she was not here I could not function.”

“We are all immensely proud of her and love her to bits.”

Do you know somebody who deserves the title of young person of the year?
To nominate click here, or write to (enclosing a stamped-addressed envelope) to YOPEY, Woodfarm Cottage, Bury Road, Stradishall, Newmarket CB8 8YN for a paper entry form.

It is very reassuring that young caregivers are being recognized for their kindness and selfless service.

We appreciate your Likes and comments