The Library Enables EDSers with Books on CD

At this UK library there was no judgment …. I was always welcome. 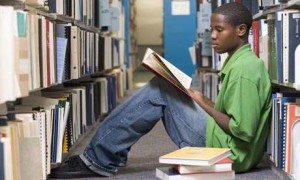 “The Library Campaign has accused the government of hiding the exact impact of cuts that could cause the closure of a further 400 UK libraries by 2016. As a long-term supporter of the campaign to keep libraries open, I’ve signed petitions and shared articles promoting the virtues of free access to books. I believe in the power of words to transform lives – everyone should be able to enjoy the education, knowledge and escapism books offer. Yet until recently, I didn’t understand libraries’ true value, and just how great their loss would be for society.

I have fond memories of my first library. Housed in a wooden cabin raised on bricks, it was the only source of books in the north Hertfordshire village I grew up in. I’d run up the ramp, the drumming of my feet on it heralding my reunion with stories. I read from one end of the library to the other. It smelled of dust jackets and hot chipboard. Libraries were a place of magic. My gran, who lived in a small town, had a mobile library that visited every fortnight. I’d offer to carry her Mills & Boon volumes, knowing I’d get to select an extra book for myself.

When I reached university, the library was a huge 1960s concrete mushroom overlooking a lake. It stayed open 24 hours a day in term-time, and 3am visits suited my night-owl tendencies.

And then I graduated. My first job in 2001 took me to London. If there was a local library, I was unaware of it. If I wanted a book, I bought one. Once I went online to see if a book was available at a nearby Tower Hamlets library, and its website provided a link to a cheap version on Amazon. So I bought it, and once more skipped the trip. In 2010 I moved to the home counties and, in solidarity with the mounting campaign to keep libraries open, joined my local branch. It would be three years before I returned. In the interim I continued to feed my own reading habit with the privileged convenience of middle-class bookshops and online retailers.

In April 2013 the genetic condition I suffer from, Ehlers Danlos type III, rendered me immobile. Unable to type, read, watch television, or work, I quickly exhausted my dwindling freelance earnings on spoken word stories. After several weeks of intensive physiotherapy I was allowed to add a gentle stroll to my day. Bored, in pain and lonely, I headed back to the library.

When I saw the aisles full of spoken word CDs, I nearly wept. The man at the information desk assured me I could also order any specific disc I wanted. Having been trapped in my home with little human interaction, chatting with staff about the books was a balm. Embarrassingly, I had to ask how to use the electronic checking-out system. I then had to be issued with a new library card: my original, solidarity-inspired one had never been activated. Shakespeare’s words rang through my head: “O, I have ta’en Too little care of this!’ But the library and its team weren’t concerned by my absence. There was no judgment. I was always welcome.

My own fragility revealed that a library is not just a reference service: it is also a place for the vulnerable. From the elderly gentleman whose only remaining human interaction is with library staff, to the isolated young mother who relishes the support and friendship that grows from a Baby Rhyme Time session, to a slow moving 30-something woman collecting her CDs, libraries are a haven in a world where community services are being ground down to nothing. I’ve always known libraries are vital, but now I understand that their worth cannot be measured in books alone.”

A library can be a place of peace and contentment. A place to ponder the works of the masters and get away from the pain  and challenges of Ehlers-Danlos Syndrome  for a little while.