This is a touching story about 12-year-old Ciara and her relationship with her mom. Struggling with Ehlers-Danlos pain, Ciara has developed empathy for hurt animals and wants to be a veterinarian someday. 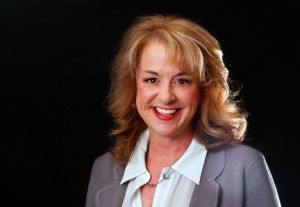 “She can’t walk for long periods of time. This I had forgotten until she suddenly wasn’t by my side in the department store. My son, Cooper, was in the cart. But my daughter had vanished.

I looked behind me to find my 12-year-old daughter at the end of the aisle sitting on the edge of the display.

“Oh, baby girl.” I rushed to her. We were in Cheyenne for my involvement with the Wyoming Council for Women’s Issues. During a break, we hit the mall. “We can leave,” I said.

Ciara shook her head and tears welled in her eyes. “No, this is fun.”

Air left my lungs and an empty, hollowness engulfed me. I knelt down in front of her. “This isn’t fun for you. Is it your back?”

My daughter has severe scoliosis. A hint of light shone in her soulful brown eyes. “Nope. It’s my knee.”

When Ciara was eight years old she fell on her bike. A normal accident for a second grader, but when Ciara’s knee collided with the base of the bike she tore her anterior cruciate ligament (ACL) and meniscus. In short, she blew out her knee. That’s when her doctors at Shriner’s Hospital, who were treating her scoliosis, suspected she suffered a genetic disorder.

The doctor’s at Shriner’s Hospital helped save my daughter. They referred us to a geneticist who diagnosed Ciara with Ehlers-Danlos Syndrome (EDS). EDS is an inherited connective tissue fragility disorder.

There are six major types of EDS. My daughter was originally diagnosed with type three, which is a common form of EDS. However, that diagnosis may be incorrect. Ciara may have type six, which isn’t common and doesn’t offer favorable outcomes. While we await final confirmation, the one thing we are certain of is the pain associated with this condition.

Her body brace supports her back, but one of the major characteristics of EDS is hypermobile, unstable joints that are prone to sprain, dislocation and tearing. A casual stroll through a department store to look through the aisles and flip through clothes on a rack places too much strain on my daughter’s joints. The standing, the walking, the browsing, the shopping – something any girl in junior high loves to do – is too much for her.

When I see my daughter hurting my fear turns to anger. We were in the kitchen aisle and I wanted to pick up a glass vase and throw it against the wall. It’s not fair. I can’t count the times I’ve prayed that God would place this hardship on me, not her. I can’t absorb her pain. As much as I’ve tried, I can’t. There is no cure for EDS.

My daughter has a much better attitude about her condition than I do. When I grabbed my purse and scooped Cooper out of the cart, I held out my hand.

She shook her head. “No way. You told me I could get new clothes and we’re getting new clothes.”

I convinced her to lean on the end of the cart and let me push her around the store. She reluctantly agreed. I pushed my daughter to the juniors section, where she found leggings and a sweatshirt with “New York” stitched across the front.

“That’s where I’m going to college,” she said in the dressing room.

Ciara plans to attend Cornell University because she wants to be a veterinarian. So after we bought her outfit and her brother a book, I assumed we’d return to the hotel.

“Can we go to the pet store?” Ciara asked.

I tilted my head. “Baby girl, it’s in the mall and I think it’s a pretty good walk.”

She shrugged. “But I can see the animals.”

I found the closest parking space and followed my daughter into the mall. She knew just where to go. I hadn’t been to the pet store but, on our last trip to Cheyenne my husband, Ron, took the kids there.

As soon as Ciara walked into the pet store, it was as if the pain in her knee and throughout her body left. Despite the loud sounds and barking, she skipped over to the bunnies on display and held one close to her chest. She spoke to the rabbit, which closed his eyes and seemed to respond to her voice.

Three puppies were in a large, open enclosure. Two were beautiful chocolate labs and one was a mutt. Other customers gave attention to the two pure breeds, but my daughter went right to the runt of the litter.

She knelt down and the dog, which was a mismatched, hodgepodge of colors, nuzzled up to her.

“She’s really got a way with animals,” a voice behind me whispered.

I turned to find the sales associate for the pet store watching my daughter.

“She wants to be a vet,” I said proudly.

“Yeah, well anyone can go to school and be a vet.”

I looked at him quizzically.

“Animals are intuitive. They sense emotions and their behavior reflects what’s going on inside you. Did you notice how all the animals responded to your daughter?”

I quickly glanced at Ciara. She stood between the bunny and dog cages. The animals weren’t barking or roughhousing. They were calm, happy.

“That one dog, the one she’s holding, it’s been having a rough go,” he said.

I watched my daughter with the runt. There was no pain in Ciara’s eyes.

“She’ll be a great vet because she’s an incredible catalyst. It’s like she knows the ones that are hurting.”

I couldn’t speak. I have never understood God’s will in the hardships my daughter has had to endure. In that moment, I saw the gift.”

Ciara continues to manage her EDS and plans to become a Vet!