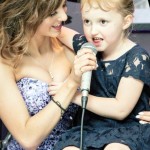 “A GLITTERING ball saw 180 guests raise more than £3,000 for a charity which aims to “make the invisible visible”.

The challenge is named after five-year-old Annabelle ‘AJ’ Griffin, who suffers from Vascular Ehlers-Danlos Syndrome (VEDS), the most serious form of Ehlers Danlos Syndrome (EDS).

The rare genetic condition causes collagen deficiency and means Annabelle is at daily risk of her internal organs and arteries spontaneously rupturing.

After 12 months of tireless campaigning and with £18,500 raised to date, her parents Sarah and Jared Griffin, of Wilby Close, celebrated their achievements with a night to remember.

On the night, £3,115 was raised through an auction, raffle, Creative Camera photo booth and donations from Bury College and Tottington High School.

Mrs Griffin said: “I am so grateful to all who attended the ball, and pleased that they had a lovely time helping us raise awareness of Ehlers Danlos Syndrome . The support we receive is brilliant”.

Guests were entertained with a live performance by Open Mic UK finalist Emilia Ward, whom Annabelle joined on stage to sing Disney’s “The Glow” which received a standing ovation.

Mr Griffin said: “Emilia is patron of our charity and to see them both sing live together was amazing, and some of our guests were very tearful.”

After dinner, an emotional speech was given by Lara Bloom, chief operating officer of EDS UK, who explained the reality of living with the condition.

There was also entertainment from The Legend of Swing band and DJ Dave of Ice Entertainment. For more details on the charity go to annabelleschallenge.org“

Annabelle’s Challenge and  Ehlers Danlos Support UK are a great example of teamwork – working toward a common goal of Ehlers Danlos Syndrome (EDS) Awareness in the UK.

Click here a link for the original source of the article